The Governor of the Bank of Ghana (BoG), Dr Ernest Addison, has lauded the Asantehene, Otumfuo Osei Tutu II, for his role in the economic development of the country.

He said evidence abounded of how Otumfuo had helped drive the economic development of the country, for which reason the bank supported an initiative to honour him with a commemorative gold coin.

“He is not only a pillar of peace but also a pillar of political stability and a pillar of economic stability for this country. These are the key ingredients to ensure that we have a higher growth and higher standards of living,” he said.

Dr Addison said this when a team from the E ON 3 Group and its partners presented the Otumfuo Commemorative Gold Coin to him at his office in Accra on Monday, February 14, 2022. 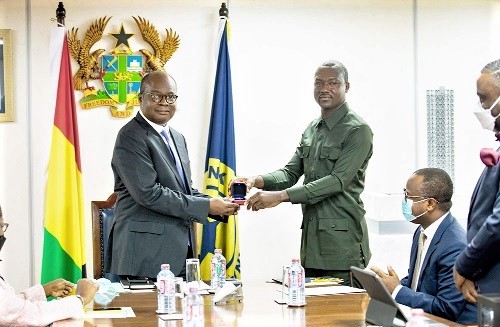 Commenting on the achievements of the Asantehene as enumerated by the delegation, Dr Addison said, “Not many people know how involved Otumfuo has been in ensuring peace and stability in this country, but we have been following his exploits, especially the role he played in Dagbon.”

Dr Addison thanked the E ON 3 Group for the honour done him by presenting the coin to him.

“I thank you for including me in the list of recipients of this very important coin,” he stated.

He added: “I have been following your (E ON 3 Group) exploits and this is a project that we are very proud of and we are happy to contribute to honour Otumfuo.” 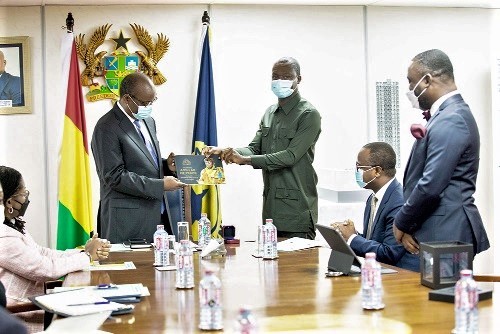 The Spokesperson of the delegation, Mr Jesse Agyepong, thanked the governor and the BoG for the support given to the gold coin project.

Mr Agyepong, who is the General Manager of the E ON 3 Group, said the presence of Dr Addison at the unveiling of the gold coin in Kumasi attested to the importance he attached to the initiative.

He traced the history of Otumfuo’s peace initiatives and said the fact remained that the Asantehene had been phenomenal in his quest to see peace thrive in the country. 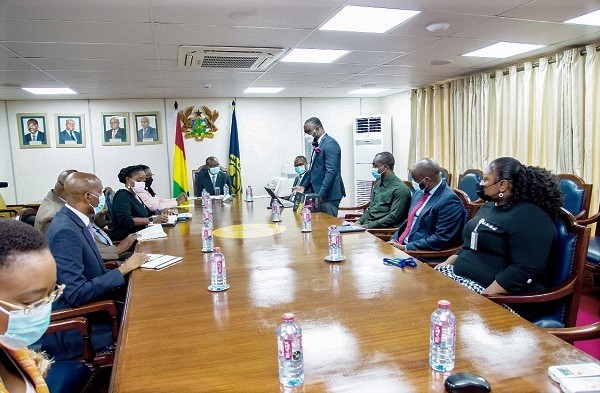 Mr Jesse Agyepong (standing), General Manager, E ON 3 Group, delivering his address. At the head of the table is Dr Ernest Addison

Other members of the delegation included the Executive Chairman of E ON 3 Group, Mr Richard Adjei Mensah Ofori Atta; Mr Olumide Olatunji, the Managing Director of the Access Bank, and Mrs Yvonne Antonio, the Head of Retail Banking of the Access Bank.